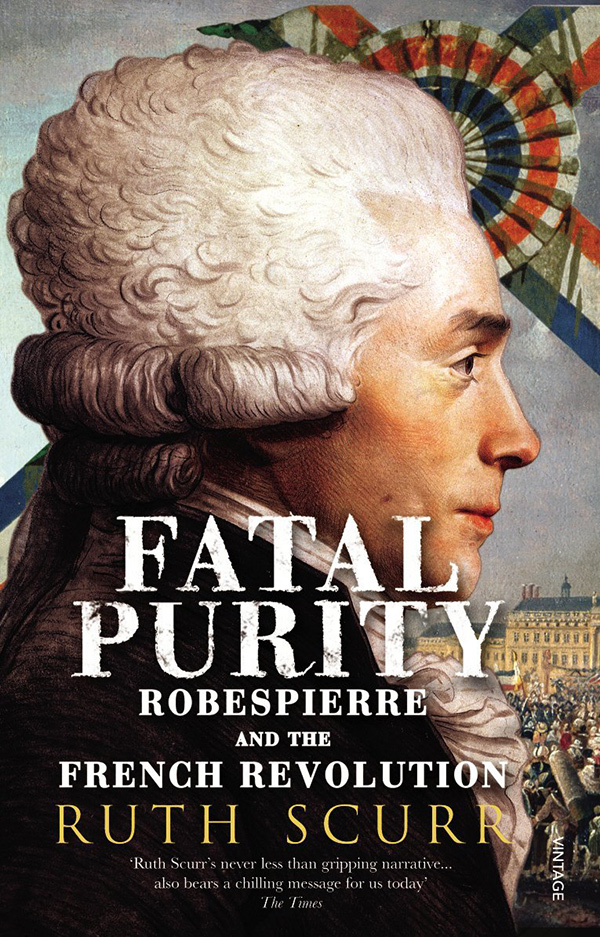 Robespierre was only 36 when he died, sent to the guillotine where he had sent thousands ahead of him. Only a few months before, this pale and fragile man, formal, anxious to the point of paranoia, steeled by deep-held principles, had held centre place in the new Festival of the Supreme Being, wearing his sky-blue coat and decreeing a new religion for France. Robespierre and the Revolution were inseparable: a single inflexible tyrant. But what turned a shy young lawyer into the living embodiment of the Terror at its most violent? Admirers called him 'the great incorruptible'; critics dubbed him a 'monster', a 'bloodthirsty charlatan'; even his friends found him hard to understand. Ruth Scurr sheds a dazzling new light on this puzzle, tracing Robespierre's life from a troubled childhood in provincial Arras to the passionate idealist, fighting for the rights of the people, and sweeping on to the implacable leader prepared to sign the death warrant for his closest friends. No backdrop can match the French revolution: it burns with human interest. As Scurr says, "More than haunting, it obsesses, because it will not lie down and die". Her brilliant, probing narrative brings the Revolution and its chilling hero to fiery life once again, helping us to understand how ideals and fanaticism can so often go hand in hand, as they still do today.

It is judicious, balanced, and admirably clear at every point....It is quite the calmest and least abusive history of the Revolution you will ever read -- Hilary Mantel ― London Review of Books

There is a dazzling light of intellect as much as a thunderous darkness of reality in her fine, humanising portrait ― The Times, Ten Best Books of 2006

Scurr has an important tale to tell, and she tells it judiciously -- Lucy Hughes-Hallett ― Sunday Times

Ruth Scurr's aim, in this well written first book, is to provide an accessible, up - to date biography that draws on all this work, and represents Robespierre as a human being rather than as a monster of legend. She succeeds impressively -- Munro Price ― Sunday Telegraph