Beryl Bainbridge: Love by all sorts of means, a Biography

In an interview for the British Library in 2011 Beryl Bainbridge claimed that, “When I write a novel I’m writing about my own life; I’m writing a biography almost, always. And to make it look like a novel I either have a murder or a death at the end”. That comma between almost and always is important. Bainbridge notoriously wrote without regard for rules of spelling or punctuation, and yet was idiosyncratically precise, using language just as she used paint to express exactly what she meant. Her novels were not “almost always” biographical; they were always almost biography.

Bainbridge’s claims about the connections between life and fiction contrast with, for example, Alice Munro’s. At the finale of her collection Dear Life(2012), Munro wrote: “The final four works in this book are not quite stories. They form a separate unit, one that is autobiographical in feeling, though not, sometimes, entirely so in fact. I believe they are the first and last – and the closest – things I have to say about my own life”. Bainbridge agrees that something can be “autobiographical in feeling” though not in fact, and she was often loose with the facts about her own life while faithful to her feelings. But for her there was no distinction between what she had to say about her life and her fiction: they were one and the same thing. 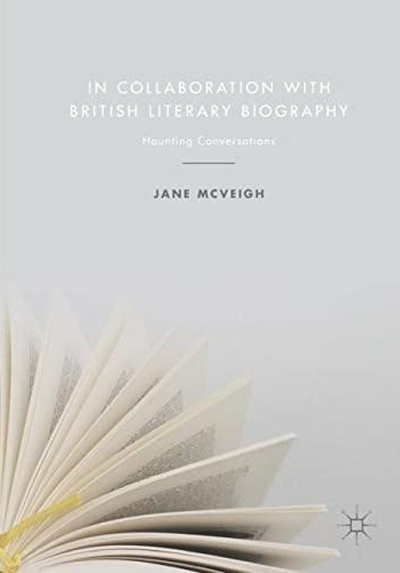 Biography is reborn as often as the novel is pronounced to be dying, and much has been made of the contrast between the two genres. In her often-cited essay “The New Biography” (1927), Virginia Woolf set out the fundamental challenge for twentieth-century biographers aspiring to borrow from the artistry of fiction to become more than simple chroniclers of fact:

“And if we think of truth as something of granite-like solidity, and of personality as something of rainbow-like intangibility and reflect that the aim of biography is to weld these two into one seamless whole, we shall admit that the problem is a stiff one and that we need not wonder if biographers have for the most part failed to solve it.”

Woolf sketched a brief history of biography, in which Boswell was responsible for a revolution with his Life of Samuel Johnson (1791), after which “we can no longer maintain that life consists in actions only or in works. It consists in personality”. Or would have done, had the Victorians not displayed such “artistic wrongheadedness” and fallen back on a dour version of the convention that Boswell had destroyed. In her own time, Woolf observed, with thoughtful ambivalence, another rebirth of biography. She noted that in the first twenty years of the twentieth century, “biographies must have lost half their weight”. Lytton Strachey “compressed four stout Victorians into one slim volume”, and André Maurois reduced the bulky life of Shelley into “one little book the size of a novel”, Ariel: A Shelley romance (1924). In these biographies there was a new relationship of equality between biographer and subject. The biographer was no longer subservient, but instead, “He chooses; he synthesizes; in short, he has ceased to be the chronicler; he has become an artist”. A constrained artist, though: the problem remained that “the truth of fact and the truth of fiction are incompatible”. 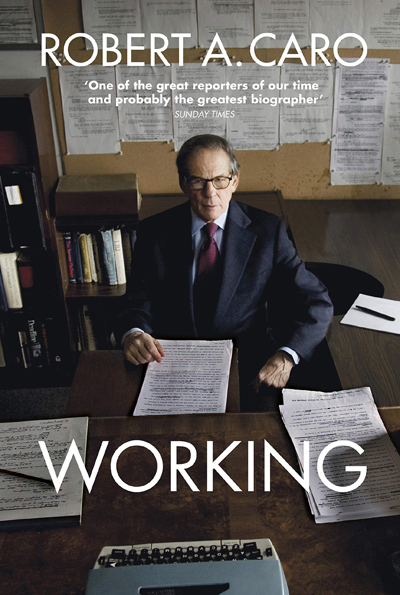 “I never had the slightest interest in writing the life of a great man”, the biographer Robert Caro declares in the first paragraph of the first chapter of Working. Glancing at the spines of his previous books, it would be easy to assume otherwise. His first, The Power Broker: Robert Moses and the fall of New York (1974), devotes over 1,000 pages to “the greatest builder in the history of America, perhaps in the history of the world”. His next four, covering over 3,000 pages, form an unfinished biography of America’s thirty-sixth president, collectively entitled The Years of Lyndon Johnson. The individual titles are: The Path to Power (1982); Means of Ascent (1990); Master of the Senate (2002) and The Passage of Power (2012). The most recent paperback of The Power Broker reprints thirty-eight robust endorsements of Caro’s work inside a front cover that shows Moses, smartly suited, astride a steel girder, towering over the skyline of New York. Some of the endorsements are credited only to prominent places of publication, but many are named and among those names are Bill Clinton, Barack Obama, Gordon Brown and a chorus of distinguished academics, writers and reviewers. There are only two women among them, the historian Barbara Tuchman and the critic Michiko Kakutani. Perhaps some of the anonymous endorsements are from women too. But if so, the decision to exclude their names contributes to the impression that Caro is writing big books about great men for a male audience. That impression is a travesty of the truth. Working makes this clear.” 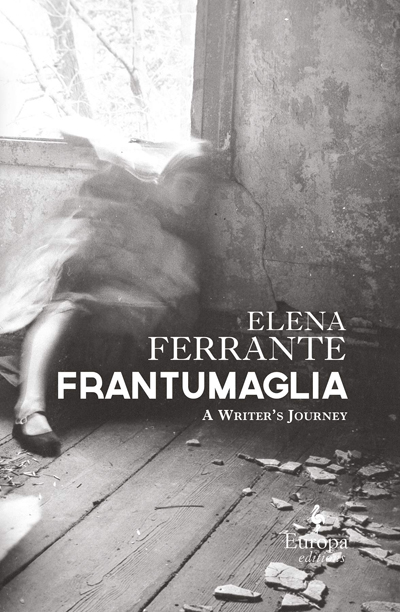 Frantumaglia: a Writer's Journey, and The Beach at Night

“The Mean Beach Attendant stares at me with his cruel eyes. He strokes the lizard tails of his mustache. Then he extends his gnarled, dirty hands, picks me up, tries to open my mouth, shakes me.

“She still has words in her,” he says to the Big Rake.

Then he asks me: “How many did your mamma put inside you, eh?”

This sadistic scene is from Elena Ferrante’s children’s book, The Beach at Night(La spiaggia di notte, 2007). The mamma is a child who has abandoned her doll on the beach. At nightfall a man and a rake come to clear the sands, looking for saleable treasure amid the detritus. Words are especially valuable: “At the doll market they pay a lot for words that come from games”. The most precious of all the words hidden inside the child’s doll is “mamma”. This is the word that saves the doll, consoles the child and secures the story’s happy ending. 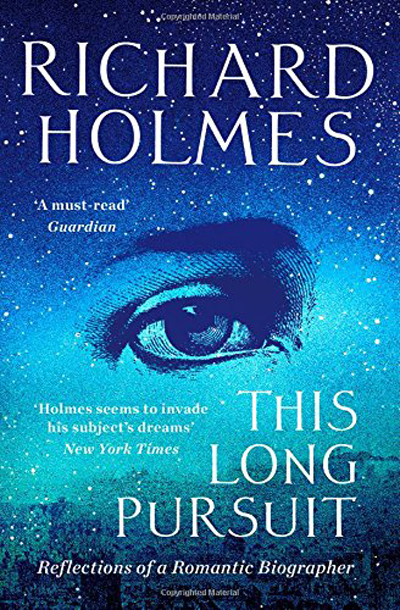 This Long Pursuit: Reflections of a Romantic Biographer

“By a broken bridge across the River Allier in the French city of Langogne, the eighteen-year-old biographer-in-training Richard Holmes almost sat down and wept. It was 1964, and he was following faithfully in the footsteps of Robert Louis Stevenson, who had traveled with a donkey through the Cévennes in 1878. Like Stevenson, Holmes carried a copy of Napoléon Peyrat’s Histoire des pasteurs du Désert (1842) and wore a large gypsy ring on his wedding finger, though neither man was married at the time of his journey. Holmes did not acquire a donkey in homage to Stevenson’s poor Modestine, who had to be beaten and cajoled into the twelve-day pilgrimage; instead his companion was Le Brun, a battered brown felt hat with the power of making people laugh.” 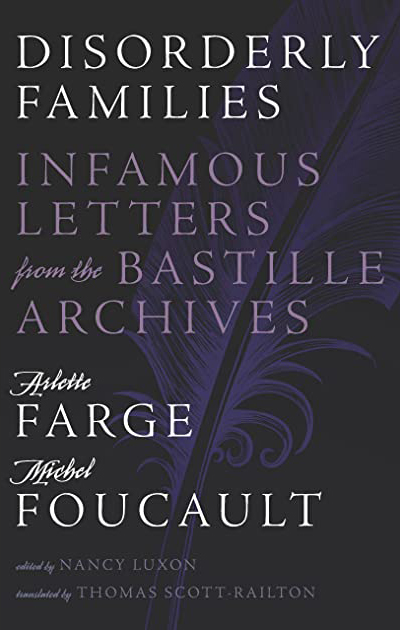 Media:
The London Review of Books

“At the beginning of A Tale of Two Cities, Dr Manette is ‘recalled to life’. His death was figurative – he had been held in the Bastille for 18 years by lettre de cachet. The king’s sealed letter, authorising the detention of a man or woman without trial for an indeterminate period of time, was one of the Ancien Régime’s most reviled mechanisms. The letters began to be used by the king for the maintenance of public order in the 16th century, became more frequent in the 17th, and stopped suddenly in the 18th during the revolution. Among those imprisoned by lettres de cachet were the Marquis de Sade, at the request of his wife and mother-in-law, for rape and murder; the Comte de Mirabeau, at the request of his father, for kidnapping and eloping with a married woman; and Voltaire, at the request of the Chevalier de Rohan, whom Voltaire challenged to a duel, for being a violent menace.”